The Value of Analytics: Look Beyond the Price Tag

The definition of value in the dictionary refers to a noun form and a verb form, with two varied interpretations each:

1) The regard that something is held to deserve; the importance, worth, or usefulness of something. “your support is of great value”

2) Principles or standards of behavior; one’s judgement of what is important in life. “they internalize their parents’ rules and values”

2) Consider (someone or something) to be important or beneficial; have a high opinion of. “she had come to value her privacy”

These definitions capture the different questions that organizations ask when it comes to the value of analytics. In some organizations, the struggle to estimate the worth of analytics remains the tantalizing goal. Others (admittedly reducing in number by the day) still struggle with assigning importance or usefulness to analytics. This difference, which can be present amongst different parts of an organization as well, is a result of entrenched behaviors of the functions and their leaders. For example, while a finance organization might have no qualms about the value of analytics, it could struggle with estimating the worth. In a sales organization, the story is stuck at the war between business folks’ innate knowledge of the market and an analysis-based approach to sales.

Let’s try to understand how to tackle the estimation of worth as well as the perception of usefulness.

Understanding Value of Analytics – Moving from Anecdotal to Estimated

The tricky part with data science is the challenge of knowing what impact it would have on the business before any kind of implementation. In the world of marketing, ROI and the attribution of it to different channels has been an age-old question that keeps evolving. It is no different in the world of Analytics. The challenge though is that problems that data science tackles are so ubiquitous that defining a single way to tackle the estimation is impossible.

We have seen that organizations that are able to estimate value better, use the tried and tested solution of compartmentalization. The first step to estimating value is understanding the type of problem that we are solving. For problems that lead to cost saving – like fraud identification and inventory optimization – estimating the cost saved by implementation is a direct measure and can be easily quantified. However, for descriptive problems, involving multiple stakeholders who are left to their own decisions, estimating value can be precarious. For such data science projects that directly or indirectly impact revenue, quantification is tricky. We have seen simulation as a possible means of estimating impact in problems related to implementing new programs like marketing adverts. Controlled experiments are another popular way to estimate impact of a program at a low cost.

Overall, the critical part is to identify the metrics that could be impacted and making a start toward estimation based on the kind of problem.

Influencing Regard and Opinion to Realize the Value of Analytics

The bigger battle to fight in any organization is that of perception. How do you convince folks that have spent ages working in the business that while analytics can never replace them, it can help them? The true impact of any data science project is realized when acceptance and corresponding consumption happens within the function of an organization. A lot of projects fall by the wayside due to unacceptance, leaving the analytics team dejected and low on morale. The inevitable attrition that follows leads to skill shortage and loss of context developed over time. As a result, the credibility of analytics is lost in this vicious circle and data science takes a hit. Thus, functions within an organization fall behind many years when it comes to data science.

There are three things to do to make sure that the opinion around analytics stays positive and the value of analytics is recognized: 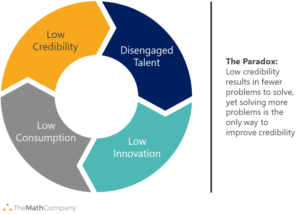 The perception battle is not easy, and this is where a lot of organizations falter. Organizations that have truly flourished with analytics and data science, such as Amazon, LinkedIn, Netflix, are those that have managed to define data science as the second definition of value as a noun. For them, data science is a principle or standard of behavior that has been internalized. The quest then is to move from questions around monetary worth and opinion to that of standard of behavior. 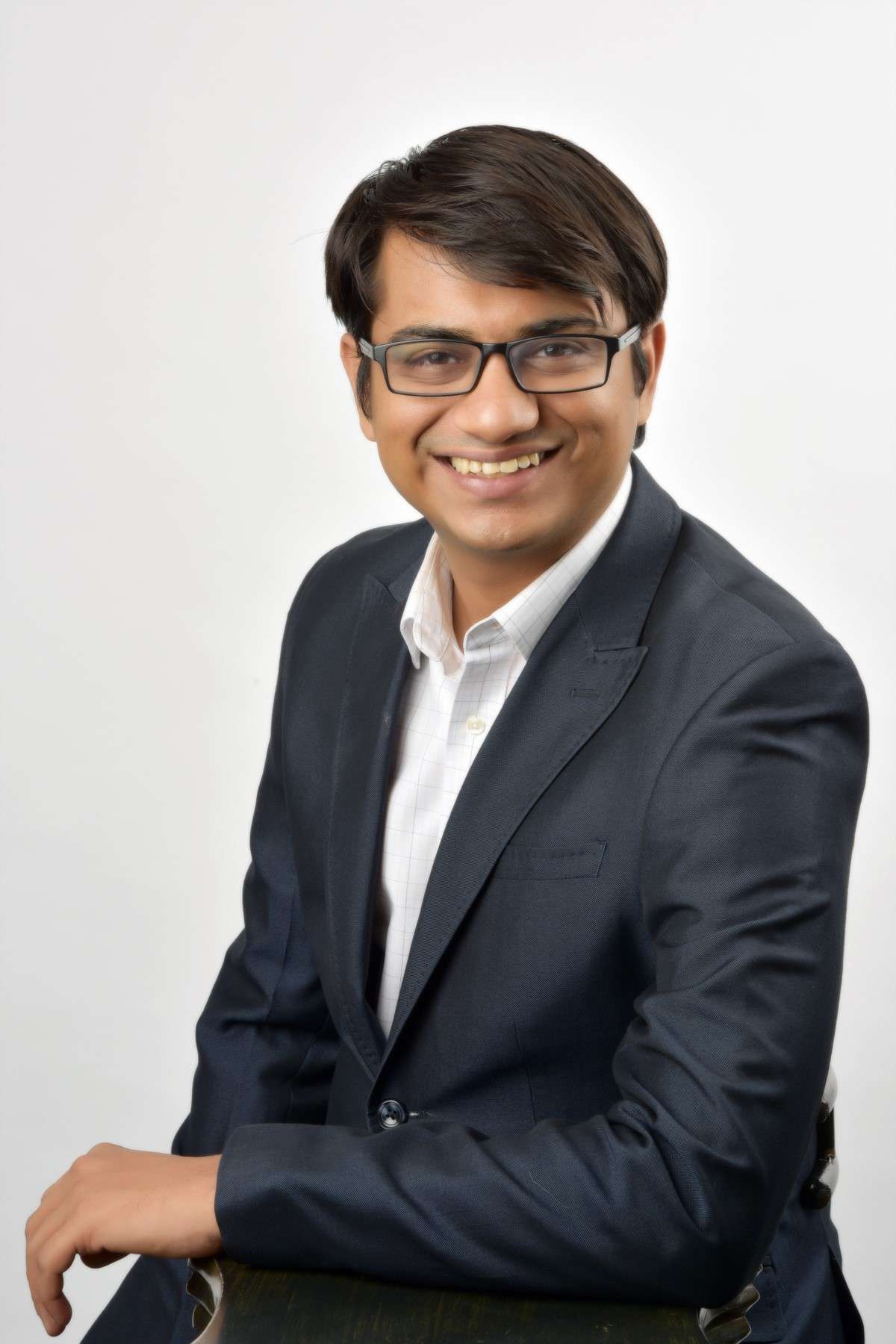 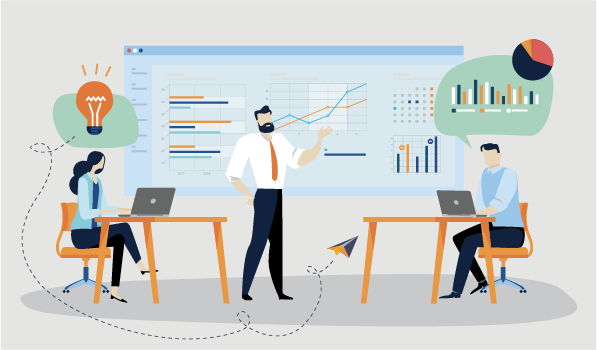 Data Analytics Teams of the Future 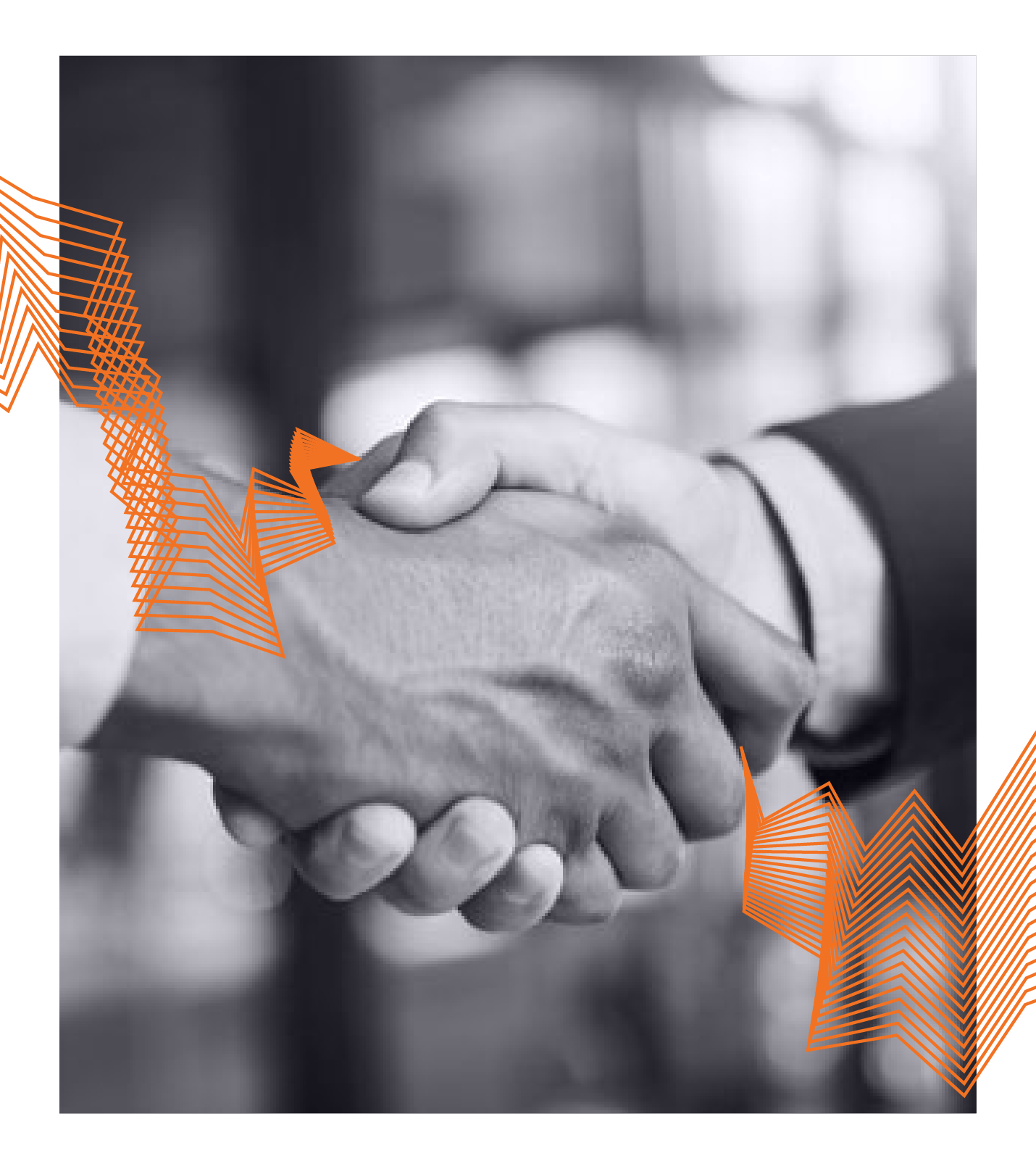 How to Hire the Ideal Analytics Professional?